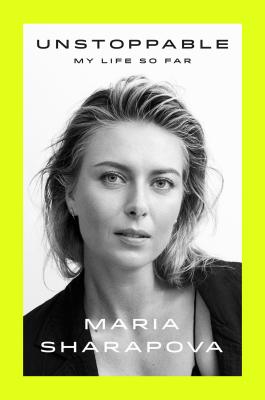 My Life So Far

From the five-time Grand Slam winner Maria Sharapova, the candid, captivating story of her rise to tennis stardom

In the middle of the night, a father and his daughter step off a Greyhound bus in Florida and head straight to the Nick Bollettieri Tennis Academy. They ring the bell, though no one is expecting them and they don’t speak English. The two have arrived from Russia with only seven hundred dollars and the conviction that this six-year-old will be the next tennis star. Amazingly, they are right.

Young Maria Sharapova went on to win Wimbledon at just seventeen years old, in an astonishing upset against the reigning champion Serena Williams—the match that kicked off their legendary rivalry and placed Sharapova on the international stage. At eighteen, she reached the number one WTA ranking for the first time, and has held that ranking many times since. In this gripping autobiography, the five-time Grand Slam winner recounts the story of her phenomenal rise to success, narrated with the same no-holds-barred, fiercely provocative attitude that characterizes her tennis game. Full of thrilling, insightful episodes from her beginnings in Siberia, from career-defining games, and from her recent fight to get back on the court, Unstoppable is an inspiring tale of persistence, pulsing with fearlessness and candor. Sharapova’s is an utterly unforgettable story.


Praise For Unstoppable: My Life So Far…

“'Maria Sharapova’s Unstoppable May Just Be the Best Part of Her Comeback Tour.' . . . This is the bildungsroman of a controversial champion, a portrait of the athlete as an uncommonly driven young woman . . . It’s also a Horatio Alger–worthy tale of rags to riches, with a slightly nihilistic Russian twist. . . ” —Julia Felsenthal, Vogue

"Everybody ought to read it.” —Pam Shriver, tennis champion and ESPN commentator

"A fascinating and well-written (with the help of Vanity Fair journalist Rich Cohen) insight into her struggles, triumphs, obsession with Williams, Russian pessimism and the roots of that famous haughtiness." —Simon Hattenstone, The Guardian

“A determined journey from the bitter cold and desolation of Siberia to the warm (at times burning) glow of international superstardom . . . All the big matches are relived in a speedy, engaging way, and her prose exudes confidence as she describes her ability to dominate her peers on the tour and how she came to be considered one of the greatest female players of the game. Her writing becomes more vulnerable, frustrated, and interesting when she explores her struggles with Serena Williams." —Geoffrey Gray, Bookforum

"An inspiring memoir . . . Sure to satisfy longtime fans of women’s tennis." —Booklist

Born in Nyagan, Russia, Maria Sharapova moved to the United States when she was six years old. At seventeen, Sharapova beat Serena Williams to win Wimbledon. She reached the number-one world ranking at eighteen, and has held that ranking a number of times since. To date, she has won five Grand Slams. She lives in Manhattan Beach, California.
or
Not Currently Available for Direct Purchase