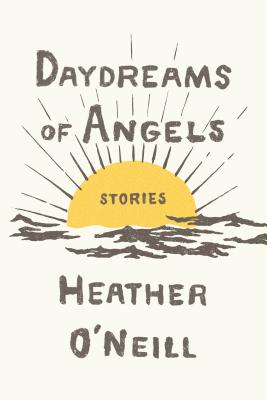 The fantastic has always been at the edges of Heather O’Neill’s work. In her bestselling novels, Lullabies for Little Criminals and The Girl Who Was Saturday Night, she transforms the shabbiest streets of Montreal with her beautiful, freewheeling metaphors. She describes the smallest of things—a stray cat or a secondhand coat—with an intensity that makes them otherworldly.

In Daydreams of Angels, O’Neill’s first collection of short stories, she gives free rein to her imaginative gifts. In “Swan Lake for Beginners,” generations of Nureyev clones live out their lives in a grand Soviet experiment. In “The Holy Dove Parade,” a teenage cult follower writes a letter to explain the motivation behind her crime. And in another tale, a grandmother reveals where babies come from: the beach, where young mothers-to-be hunt for infants in the surf. Each of these beguiling stories twists the beloved narratives of childhood—fairy tales, fables, Bible parables—to uncover the deepest truths of family life.


Praise For Daydreams of Angels: Stories…

“When angels make an appearance in literary fiction, they tend to be either ethereal and symbolic or wretched and questing. In her endearingly weird debut story collection, novelist O'Neill offers up celestial creatures who don't fall neatly into either camp-they chain-smoke, they pass out business cards, they're even "sleazy and ridiculous." If you're enticed by this idea, O'Neill's dark fairy tales will be right up your alley. She takes the classic trope of a lost soul in search of salvation and gives it a parade of original twists . . . O'Neill's angels are like the unhinged couple at a cocktail party-they can't stop fighting and making out, and we definitely can't look away. Keep this collection on the nightstand, and you'll be sure to kick your dreamscape up a notch.” —Kirkus Review

“O'Neill's language . . . is what I find so beguiling about her work. Similes blow up the ordinary. Hyperbole extends throughout . . . O'Neill exceeds at inventing a place where magic really happens, where the mundane can become extraordinary.” —Liz Fischer Greenhill, The Rumpus on The Girl Who Was Saturday Night

Heather O'Neill is a contributor to This American Life, and her work has appeared in The New York Times Magazine, among other publications. Her novel Lullabies for Little Criminals, an international bestseller, won the Paragraphe Hugh McLennan Prize for Fiction and the Canada Reads competition in 2007; was short-listed for six prizes, including the Orange Prize for Fiction and the Governor General’s Literary Award; and was long-listed for the International IMPAC Dublin Literary Award. She lives in Montreal, Canada.
Loading...
or
Not Currently Available for Direct Purchase