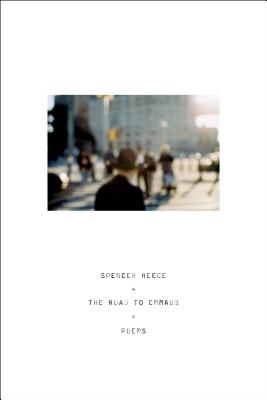 The Road to Emmaus

A moving, subtle sequence of narrative poems, from a sharp new poetic voice


Two strangers walk toward Emmaus. Christ has just been crucified, and they are heartbroken—until a third man joins them on the road and comforts them. Once they reach Emmaus and break bread, the pair realizes they have been walking with Christ himself. But in the moment they recognize him, he disappears. Spencer Reece draws on this tender story in his mesmerizing collection—one that fearlessly confronts love and its loss, despair and its consolation, and faith in all of its various guises.

Reece's central figure in The Road to Emmaus is a middle-aged man who becomes a priest in the Episcopal Church; these poems follow him to New York City, to Honduras, to a hospital where he works as a chaplain, to a prison, to an Alcoholics Anonymous meeting. With language of simple, lyrical beauty that gradually accrues weight and momentum, Reece spins compelling dramas out of small moments: the speaker, living among a group of orphans, wondering "Was it true, what they said, that a priest is a house lit up?"; two men finding each other at a Coming Out Group; a man trying to become visible after a life that had depended on not being seen.

A yearning for connection, an ache of loneliness, and the instant of love disappearing before our eyes haunt this long-awaited second collection from Spencer Reece.


Praise For The Road to Emmaus: Poems…

“For Spencer Reece, humbling is a given. Even though his language in The Road to Emmaus, his first book since his ordination, is often remarkably inventive and sometimes formally elegant, the poems' tone never betrays awareness of his achievement . . . There's a quality of devotion in all of these that can make the secular seem sacred. One can truly attend through attention, the writing suggests, and the poems manage to be unwavering--almost unvarying--in the quality of their gaze.” —Jonathan Farmer, Slate

“Reece follows up his acclaimed first book with a gorgeous series of poems in verse and prose about a middle-aged man's coming to terms with religious faith, going as far as becoming a priest, a hospital chaplain, and a quiet chronicler of everyday suffering. 'It is correct to love even at the wrong time,' he writes of a visit to newborns in an ICU. Reece's style is straightforward, but always graceful, understatedly beautiful. These poems compassionately describe all the stops along this journey, which leads across America and elsewhere, always inviting readers to respond: 'it was an interview, much of life is an interview.'” —Craig Morgan Teicher, NPR

“The Road to Emmaus confirms why I have always looked to Reece's work not only as inspiration for my own poems, but also as a guide for my soul. In this collection I follow his every footstep as he walks toward himself-toward myself-stopping to admire or fear what we see in ourselves, in others, in each other. Each poem a portrait or a self-portrait exquisitely and painstakingly drawn along the way, by the side of that proverbial road we journey with him, encountering life in all its loneliness and wholeness, its lucidness and doubt, its bitterness and glory.” —Richard Blanco, Presidential Inaugural Poet and author of Looking for The Gulf Motel

“These poems form a true and riveting narrative. Reading Reece makes you recall why you love poetry.” —Annie Dillard, author of The Maytrees and Pilgrim at Tinker Creek

“Though many of Spencer Reece's poems move forward with the narrative punch of short stories, they are packed with poetry's exquisite insight and metaphoric brilliance. These are moral poems that speak of loneliness in terms so intimate that they seem to breech loneliness; they are both documents of isolation and manifestos of love. And they achieve such embrace via lyric bursts that are arresting, evocative, and profound.” —Andrew Solomon, author of Far From the Tree and The Noonday Demon

“Reece's poems are at once splendidly fresh and deeply rooted in poetry's rich loam . . . Reece's striking debut yields new revelations with each reading.” —Booklist, with Praise for The Clerk's Tale

Spencer Reece is a poet and priest. His first collection, The Clerk’s Tale, won the Bakeless Prize in 2003. He has received an NEA grant, a Guggenheim grant, the Witter Bynner Prize from the Library Congress, a Whiting Writers’ Award, and the Amy Lowell Travelling Scholarship. His poems have been published in The New Yorker, Poetry, The American Scholar, and The New Republic. He served at the Honduran orphanage Our Little Roses, and works for the Bishop of Spain at the Reformed Episcopal Church, Iglesia Española Reformada Episcopal.
Loading...
or
Not Currently Available for Direct Purchase