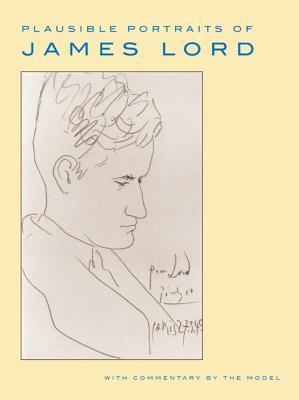 With Commentary by the Model

Over the course of his life as a friend and confidant of artists and collectors, and as a lover of art himself, James Lord has written some of the best accounts we have of modern aesthetic genius; his biography of Giacometti was widely acclaimed for succeeding, in the words of one reviewer, "in every way as one of the most readable, fascinating and informative documents, not just on an artist, but on art and artists in general" (The Washington Times). And yet through his connection with the great artists of his day, it was inevitable that Lord would himself become the object of the artist's gaze. In fact, from the time he was a young man, Lord sat for many of the major and minor painters and photographers of his day, including Balthus, Cocteau, Cartier-Bresson, Freud, Giacometti, and Picasso—in all but one case at the artist's request. In Plausible Portraits, Lord gathers, alongside these images, his reflections, penetrating the mind of artist and model alike in a sequence of illuminating double portraits of two masters at work.

James Lord (1922-2009) first went to France at age twenty-one as a member of the Military Intelligence Service during World War II. He spent the major part of his life in Paris, where he was acquainted with many of the most prominent members of modern European art. In recognition of his contribution to French culture he has been made an officer of the Legion of Honour. His books include A Giacometti Portrait and My Queer War.
Loading...
or
Not Currently Available for Direct Purchase