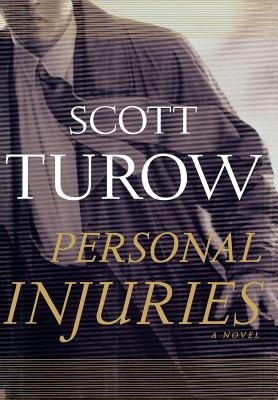 Robbie Feaver (pronounced "favor") is a charismatic personal injury lawyer with a high profile practice, a way with the ladies, and a beautiful wife (whom he loves), who is dying of an irreversible illness. He also has a secret bank account where he occasionally deposits funds that make their way into the pockets of the judges who decide Robbie's cases.

Robbie is caught by the Feds, and, in exchange for leniency, agrees to "wear a wire" as he continues to try to fix decisions. The FBI agent assigned to supervise him goes by the alias of Evon Miller. She is lonely, uncomfortable in her skin, and impervious to Robbie's charms. And she carries secrets of her own.

As the law tightens its net, Robbie's and Evon's stories converge thrillingly. Scott Turow takes us into, the world of greed and human failing he has made immortal in "Presumed Innocent, The Burden of Proof, Pleading Guilty, " and" The Laws of Our Fathers, " all published by FSG. He also shows us enduring love and quiet, unexpected heroism." Personal Injuries" is Turow's most reverberant, most moving novel-a powerful drama of individuals trying to escape their characters.

"An exemplary novel."--The New York Times "A revelation—a subtle, densely textured legal thriller stuffed with every kind of surprise except the ones you expect. Turow is well on his way to making Kindle County the Yoknapatawpha of American law."--Kirkus Reviews "Masterful ...''Personal Injuries'' is the best work of his career."--Entertainment Weekly "In Robbie Feaver ... [Turow] has created his richest and most compelling figure yet."--Publishers Weekly (Starred Review) "A personal favorite, Turow has never disappointed me."--Pittsburgh Post-Gazette

Scott Turow is the author of worldwide bestselling novels including "Presumed Innocent," "Innocent," "Ordinary Heroes," "The Burden of Proof," "Reversible Errors" and "Limitations." His works of nonfiction include "One L," his journal from his first year at law school, and "Ultimate Punishment," which he wrote after serving on the Illinois commission that investigated the administration of the death penalty and influenced Governor George Ryan's unprecedented commutation of the sentences of 164 death row inmates on his last day in office. "Ultimate Punishment" won the Robert F. Kennedy Book Award. He lives outside Chicago, where he is partner in the firm of SNR Denton (formerly Sonnenschein, Nath & Rosenthal).
Loading...
or
Not Currently Available for Direct Purchase