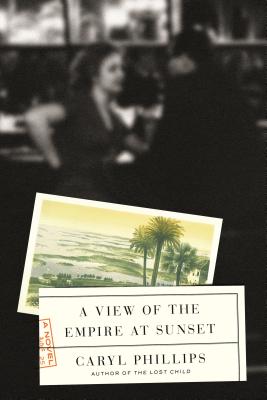 Award-winning author Caryl Phillips presents a biographical novel of the life of Jean Rhys, the author of Wide Sargasso Sea, which she wrote as a prequel to Charlotte Brontë’s Jane Eyre.

Caryl Phillips’s A View of the Empire at Sunset is the sweeping story of the life of the woman who became known to the world as Jean Rhys. Born Ella Gwendolyn Rees Williams in Dominica at the height of the British Empire, Rhys lived in the Caribbean for only sixteen years before going to England. A View of the Empire at Sunset is a look into her tempestuous and unsatisfactory life in Edwardian England, 1920s Paris, and then again in London. Her dream had always been to one day return home to Dominica. In 1936, a forty-five-year-old Rhys was finally able to make the journey back to the Caribbean. Six weeks later, she boarded a ship for England, filled with hostility for her home, never to return. Phillips’s gripping new novel is equally a story about the beginning of the end of a system that had sustained Britain for two centuries but that wreaked havoc on the lives of all who lived in the shadow of the empire: both men and women, colonizer and colonized.


Praise For A View of the Empire at Sunset: A Novel…

"One can see instantly the liberation that Phillips achieves and the added textures he can subtly import . . . In this meshing of Phillips as writer and Rhys as subject all the great themes of Phillips’s fiction cohere in the difficult, dislocated, lonely life of Gwen Williams . . . That the novel succeeds so well is a tribute to Phillip’s mastery of tone . . . It is a novel of acute psychological empathy and understanding.” —The New York Times Book Review

“You can taste Rhys, but it’s still Phillips’ exotic stew. . . His narrative is about homeland, family, alienation, loneliness, and need. His Gwennie is a masterfully drawn character, as dissolute, yet as determined, as Rhys’ tragic characters. . . His sentences are as sharp as etchings in glass.” —The Memphis Flyer

“Distinguished novelist and essayist Phillips explores with rigor and artistry the ever-after effects of the toxic double-helix of racism and imperialism embodied in the African diaspora in the Caribbean, England, and America . . . A daring fictionalization . . . Hypnotic . . . Phillips’ bravura, empathic, and unnerving performance makes the real-world achievement of his muse all the more surprising and significant.” —Booklist (starred review)

“Haunting . . . Phillips is at his best in this powerful evocation of Rhys’s vision, which illuminates both her time and the present.” —Publishers Weekly (starred review)

Caryl Phillips' novels include The Final Passage, The Atlantic Sound, A State of Independence, Higher Ground, Cambridge, Crossing the River, The Nature of Blood, A Distant Shore, Dancing in the Dark, The Lost Child, and A View of the Empire At Sunset.
Loading...
or
Not Currently Available for Direct Purchase