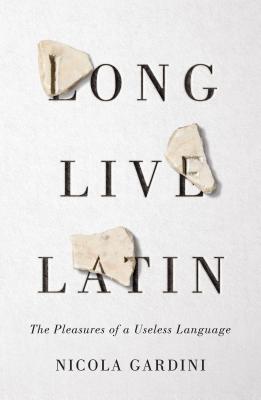 "A love letter to the finest language ever created. I loved Latin at the age of 11 and I still do, though I’m not good at it. Gardini explains lucidly, compellingly and passionately how and why it is so elegant, beautiful, expressive and succinct. Go seek out your Aeneid parallel text and remind yourself." —Susan Hill, The Spectator

Nicola Gardini is Professor of Italian and Comparative Literature at the University of Oxford. A novelist, poet, critic, translator, and painter, he is the author of numerous books. One of his recent novels, Lost Words, was awarded the Viareggio-Rèpaci Prize and the Zerilli-Marimò / City of Rome Prize for Italian Fiction. Long Live Latin was a bestseller in Italy and has been translated into several languages.
Loading...
or
Not Currently Available for Direct Purchase