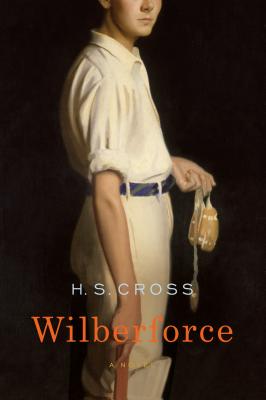 At St. Stephen's Academy, the students are on the verge of revolt. While the younger boys plot an insurrection, the older ones are preoccupied with sneaking out-of-bounds, thrashing each other, tearing each other's clothes off-or some combination of the three. Morgan Wilberforce, for one, can't take it any longer.

Everything Wilberforce touches turns to disaster in his desperate attempts to fight off desire, boredom, and angst. He knocks himself unconscious tackling the unattainable Spaulding on the rugby pitch, his headmaster detests him for crimes committed years ago, and even his closest friends are subjecting him to physical tortures normally reserved for juniors. When an accident at the boarding school leaves him with more suffering than he could have fathomed, he finds himself alone and adrift. And the workaday charms of cricket practice, Victorian pornography, canings from classmates, and fumbling with the pub-keeper's daughter can only do so much to mend a broken body and a restless heart.

Stylishly inventive, H. S. Cross has crafted an imaginative, ritualistic world of men and boys narrowly confined by tradition and authority. Wilberforce is an indelible portrait of a young man caught between lust and cruelty, grief and God, frustrated love and abject longing-and a tour de force that heralds the arrival of a brilliant new novelist.

H. S. Cross was born in Grosse Pointe, Michigan, and studied at Harvard University. Wilberforce is her debut novel. She has taught at Friends Seminary and lives in New York. Cross is at work on a new novel set at St. Stephen's Academy.

Praise For Wilberforce: A Novel…

“Cross, an American, writes a school as nuanced and secretive as J.K. Rowling’s Hogwarts, yet the parallel to Rowling’s work ends at basic comparisons of scenery. Cross brings a contemporary sensibility to her novel of Morgan Wilberforce’s fraught development . . . Cross’ sure understanding of character allows us to see how grief at an early age can alter and overwhelm development.” —Heather Scott Partington, The Rumpus

“H. S. Cross has created a lived-in world with a variety of memorable characters. While the terms “achingly poignant” and “exquisitely crafted” have become book reviewer boilerplate, repeated to the point of meaninglessness, Cross writes with a beautiful precision. Her depiction of inner emotional turmoil inside Morgan Wilberforce's head could be among the best anywhere. The author crafts passages of agonizing psychological self-torment with a master's ear for the perfect phrase.” —Karl Wolff, New York Journal of Books

"2015 Fall Books . . . Can't Miss New Read: For fans of Evelyn Waugh or Kingsley Amis, a wry take on priggish, midcentury boarding schools. It's a dark take on the coming-of-age stories that've populated the book world as of late." —Huffington Post

“Set at St. Stephen's Academy in 1926 England, this ambitious and accomplished debut is part historical, part bildungsroman, part psychological study, and part English boarding-school novel . . . Cross effectively captures the debilitating confusion and angst that can attend the difficult passage to adulthood . . . readers feel viscerally the protagonist's panic and confusion as he attempts to engage an adult world he doesn't understand fully. VERDICT This convincingly handled work is recommended for all fans of coming-of-age novels.” —Patrick Sullivan, Library Journal

“This literary, character-driven debut novel . . . rewards with its psychological insight and dry humor, leaving the reader longing for all that is good, peaceful, and hopeful. For Anglophiles, seekers, and those who enjoy the insular world of C. P. Snow's Strangers and Brothers novels and the haunting power of Julian Barnes' The Sense of an Ending.” —Jen Baker, Booklist

“Wilberforce will draw you in to its world of adolescent bullying, violence, and longing from the first page of this subtle, remarkably authentic, and vivid reconstruction of time and place” —Sheila Kohler, author of Cracks and Becoming Jane Eyre

“In this riveting and playful novel by H. S. Cross, mental warfare rules among friends and enemies at a boarding school, making for delicious complications and twisted loyalties--a mix of suspense and comedy reminiscent of Evelyn Waugh. Cross's great talent rests in the highly physical exploration of these young men, their sensibilities revealed through bruises and sprains, desire and suspicion.” —Timothy Schaffert, author of The Swan Gondola