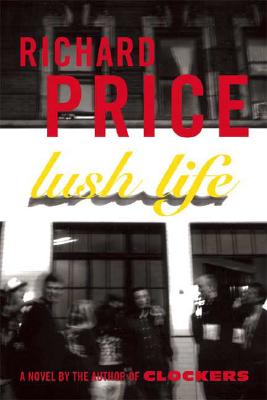 “Like a modern, urban Crime and Punishment, this brilliant book is an intimate study of the interior lives of everyone touched by a too-quick trigger. You will be haunted by Price's riveting portraits of all involved, from the disillusioned detective to the victim's family, as well as the New York neighborhood they share.”
— Carla Jimenez, Inkwood Books, Tampa, FL
View the List

“Like a modern, urban Crime and Punishment, this brilliant book is an intimate study of the interior lives of everyone touched by a too-quick trigger finger. You will be haunted by Price's riveting portraits of the self-pitying initial suspect, the lonely young perp, the disillusioned detective, and the victim's family, as well as the New York City neighborhood they share.”
— Carla Jimenez, Inkwood Books, Tampa, FL
View the List

So, what do you do?" Whenever people asked him, Eric Cash used to have a dozen answers. Artist, actor, screenwriter . . . But now he's thirty-five years old and he's still living on the Lower East Side, still in the restaurant business, still serving the people he wanted to be. What does Eric do? He manages. Not like Ike Marcus. Ike was young, good-looking, people liked him. Ask him what he did, he wouldn't say tending bar. He was going places--until two street kids stepped up to him and Eric one night and pulled a gun. At least, that's Eric's version.
In "Lush Life, "Richard Price tears the shiny veneer off the "new" New York to show us the hidden cracks, the underground networks of control and violence beneath the glamour. "Lush Life "is an Xray of the street in the age of no broken windows and "quality of life" squads, from a writer whose "tough, gritty brand of social realism . . . reads like a movie in prose" (Michiko Kakutani, "The New York Times").

"Mr. Price's most powerful and galvanic work yet, a novel that showcases his sympathy and his street cred and all his skills as a novelist and screenwriter . . . A visceral, heart-thumping portrait of New York City and some of its residents, complete with soundtrack, immortalized in this dazzling prosemovie of a novel."--Michiko Kakutani, The New York Times "A big, powerful novel . . . Its real protagonist is the complicated, tragic, and endlessly fascinating American city street. . . . Outstanding."--Jennifer Reese, Entertainment Weekly (Grade: A) "His prose has never felt more fluid, his plotting is spry. . . . Price's ability to capture and reproduce the rhythm, tone, and evanescent vocabulary of urban life cannot be over-praised: with all due respect to Elmore Leonard, Price is our best, one of the best writers of dialogue in the history of American literature."--Michael Chabon, The New York Review of Books "Richard Price knows how crime sounds and smells, and he knows that it’s all tied up in race and class, two big subjects all too rare in American fiction. . . . Every sentence is a pleasure."--John H. Richardson, Esquire “Price interrogates the players--cops, perps, victims, witnesses--until each one gives up a great human truth hidden in his seedy little soul."--Time "Lush Life is lean, moving fast, and taking in large truths with a glance. . . . It's The Bonfire of the Vanities 2.0. Though Tom Wolfe's 1987 book remains one of the essential American novels, Lush Life is, in one way, the greater achievement."--Kyle Smith, The Wall Street Journal "An astonishing new novel . . . Price has a black belt in dialogue, with a Ph.D. in capturing the deadpan humor that helps cops stay sane. Lush Life is a serious book, with serious points to make, but it’s also a wicked pleasure to read."--Adam Woog, The Seattle Times "Richard Price is one hell of a raconteur ... opening any of his books means getting hooked—you turn the first page on the commute back from work and next thing you know, it’s 4am and you’ve polished off both the novel and an entire bag of Milanos."--Elisabeth Vincentelli, Time Out New York

"With LUSH LIFE Richard Price has become our post-modern American Balzac. Except that he's a whole lot funnier than Balzac and writes the language we hear and speak better than any novelist around, living or dead, American or French. He's a writer I hope my great-grandchildren will read, so they'll know what it was like to be truly alive in the early 21st century."  —Russell Banks

"This is it, folks. The novel about gentrified New York, circa right now, that we’ve been waiting for. Richard Price understands what's happened to our beloved city, he writes dialogue like a genius, and he absolutely, genuinely cares. Unforgettable." —Gary Shteyngart “Richard Price is the greatest writer of dialogue, living or dead, this country has ever produced. Wry, profane, hilarious, and tragic, sometimes in a single line, Lush Life is his masterwork. I doubt anyone will write a novel this good for a long, long time.” —Dennis Lehane “Price writes with the slightly manic desperation of someone determined to tell the absolute truth . . . This heightened, anxious awareness of moral and psychological complexity . . . is one of the accomplishments of first-rate writing.” —Francine Prose, The New York Times Book Review, on Freedomland

Richard Price is the author of seven novels, including "Clockers," "Freedomland," and "Samaritan." He won a 2007 Edgar Award for his writing on the HBO series "The Wire."
Loading...
or
Not Currently Available for Direct Purchase