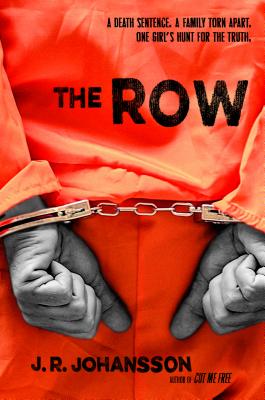 Seventeen-year-old Riley Beckett is no stranger to prison. Her father is a convicted serial killer on death row who has always maintained that he was falsely accused. Riley has never missed a single visit with her father. She wholeheartedly believes that he is innocent.
Then, a month before the execution date, Riley’s world is rocked when, in an attempt to help her move on, her father secretly confesses to her that he actually did carry out the murders. He takes it back almost immediately, but she can’t forget what he’s told her. Determined to uncover the truth for her own sake, she discovers something that will forever change everything she’s believed about the family she loves.

J.R. Johansson is the author of Insomnia and Paranoia. In researching for Cut Me Free, she found several stories about human trafficking which fueled her conviction to join the fight against it. J.R. Johansson lives on the foothills of the Utah mountains with her two young sons and a wonderful husband.

Praise For The Row…

“Johansson has established himself as a go-to writer of emotionally resonant teen thrillers...This timely story, evocative of the Serial podcast and Neflix's Making a Murderer, will also appeal to reluctant readers and fans of April Henry and Barry Lyga.” —School Library Journal
or support indie stores by buying on
Copyright © 2020 American Booksellers Association