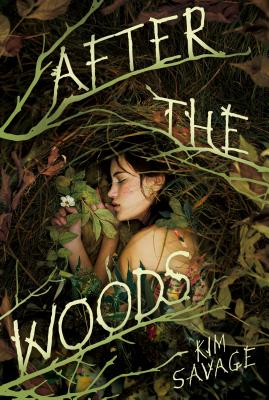 Julia knows she beat the odds. She escaped the kidnapper who hunted her in the woods for two terrifying nights that she can't fully remember. Now it's one year later, and a dead girl turns up in those same woods. The terrible memories resurface, leaving Julia in a stupor at awkward moments-in front of gorgeous Kellan MacDougall, for example.

At least Julia's not alone. Her best friend, Liv, was in the woods, too. When Julia got caught, Liv ran away. Is Liv's guilt over leaving Julia the reason she's starving herself? Is hooking up with Shane Cuthbert, an addict with an explosive temper, Liv's way of punishing herself for not having Julia's back? As the devastating truth about Liv becomes clear, Julia realizes the one person she thinks she knows best-Liv-is the person she knows least of all. And that after the woods was just the beginning.


Praise For After the Woods…

"Savage offers up a mystery wrapped in a psychological breakthrough tied with the bow of lyrical language. The characters are engaging beyond their habitation of an intricately woven plot and supply readers with the motivation to care beyond the simple solving of the mystery. A riveting exploration of what it's like when the enemy is much closer than you suspect." —Kirkus Reviews, starred review

"A remarkable, engrossing debut about what it means to be a survivor and the many ways to take control of your own destiny." —Booklist, starred review

"An entertaining mystery that will appeal to fans of Law & Order–type plots." —School Library Journal

"In her debut novel, After the Woods, Savage tells a story not unfamiliar from the five o’clock news, except this time the viewer is given a more detailed look into the incident. What results is an ability to empathize with the victim but also to fully comprehend the motives of the perpetrator, a man with limited intellect obsessed with an online fantasy world." —VOYA

"An intense, dark, staggering debut. Full of lovely writing that casts a serious contrast against the dark plot, this thriller will absolutely keep you guessing until the very end." —PasteMagazine.com

Kim Savage is a former reporter who received her master’s degree in Journalism from Northeastern University. Her work includes the critically acclaimed novels After the Woods and Beautiful Broken Girls. Kim grew up in South Weymouth, Massachusetts, and lives north of Boston, not far from the real Middlesex Fells of After the Woods.
Loading...
or
Not Currently Available for Direct Purchase