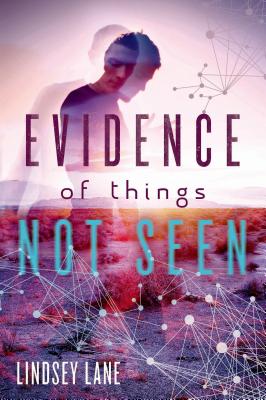 Evidence of Things Not Seen

When high school junior Tommy Smythe goes missing, everyone has a theory about what happened to him. He was an odd kid, often deeply involved in particle physics, so maybe he just got distracted and wandered off. He was last seen at a pullout off the highway, so maybe someone snatched him. Tommy believes that everything is possible, and that until something can be proven false, it may be true. So as long as Tommy's whereabouts are undetermined, he could literally be anywhere.
Told in a series of first-person narratives from people who knew Tommy, Evidence of Things Not Seen by award-winning author Lindsey Lane explores themes of loneliness, connectedness, and the role we play in creating our own realities.


Praise For Evidence of Things Not Seen…

“Complex and rich, the story hints at Tommy's fate, but with an open ending that is perfect for sparking conversation.” —The Horn Book

“Tommy's story is told through multiple points of view, some from his classmates and neighbors and others from strangers passing through town . . . The real story is not Tommy's to tell, it is in the lives of all the people left behind.” —VOYA

“In her first novel for teens, Lane, author of the picture book Snuggle Mountain, offers a gripping and genre-bending mosaic.” —Publishers Weekly

“When a high school boy obsessed with quantum physics suddenly disappears, friends and neighbors reveal details of their lives as they speculate on his whereabouts . . . Thought-provoking.” —Kirkus Reviews

Lindsey Lane received her MFA in writing for children and young adults from Vermont College of Fine Arts. She is the author of the award-winning picture book Snuggle Mountain (Clarion, 2003). A playwright, Lindsey lives in Austin, Texas, with her family.
Loading...
or
Not Currently Available for Direct Purchase