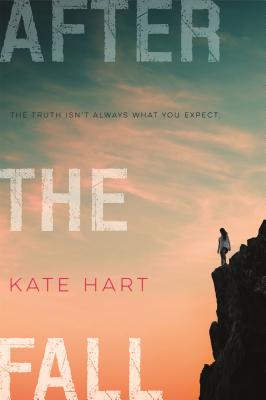 Seventeen-year-old Raychel is sleeping with two boys: her overachieving best friend Matt…and his slacker brother, Andrew. Raychel sneaks into Matt’s bed after nightmares, but nothing ever happens. He doesn’t even seem to realize she’s a girl, except when he decides she needs rescuing. But Raychel doesn't want to be his girl anyway. She just needs his support as she deals with the classmate who assaulted her, the constant threat of her family’s eviction, and the dream of college slipping quickly out of reach. Matt tries to help, but he doesn’t really get it… and he’d never understand why she’s fallen into a secret relationship with his brother. The friendships are a precarious balance, and when tragedy strikes, everything falls apart. Raychel has to decide which pieces she can pick up – and which ones are worth putting back together.

Praise For After the Fall…

"Raychel's interactions with Carson raise important questions about what it means to consent to sexual activity..."—Kirkus

"Thought-provoking moments regarding such issues as female sexuality, racial microaggressions, and class differences add depth to the characters. Recommend to fans of character-driven novels such as Sara Zarr’s How to Save a Life (2011) or Jennifer Niven’s All the Bright Places (2015)."—Booklist

"... Hart does a good job of handling her ambitious plot...Like Laurie Halse Anderson’s Speak and Courtney Summers’s All the Rage, this is an important novel for teens and adults to discuss together." —School Library Journal

"This memorable debut novel is told in the alternating perspectives of Raychel and Matt. Both characters are very well portrayed as complex characters with strengths and weaknesses. The supporting cast is also well developed, with most characters avoiding the trap of falling into mere stereotypes...This would be an excellent addition to most high school libraries." —VOYA starred review

Kate Hart has worked as a teacher and grantwriter and currently builds treehouses. She is a blogger for YA Highway and hosts the Badass Ladies You Should Know series online. After the Fall is her first novel. She lives in northwest Arkansas.
Loading...
or
Not Currently Available for Direct Purchase