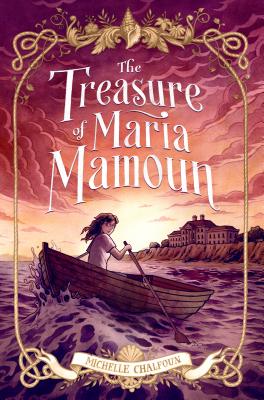 The Treasure of Maria Mamoun

Twelve-year-old Maria lives a lonely, latchkey-kid's life in the Bronx. Her Lebanese mother is working two nursing jobs to keep them afloat, and Maria keeps her worries to herself, not wanting to be a burden. Then something happens one day between home and school that changes everything. Mom whisks them to an altogether different world on Martha's Vineyard, where she's found a job on a seaside estate. While the mysterious bedridden owner—a former film director—keeps her mother busy, Maria has the freedom to explore a place she thought could only exist in the movies. Making friends with a troublesome local character, Maria finds an old sailboat that could make a marvelous clubhouse. She also stumbles upon an old map that she is sure will lead to pirate's plunder—but golden treasure may not be the most valuable thing she discovers for herself this special summer.


Praise For The Treasure of Maria Mamoun…

“A city girl moves to an island and finds her true place in the world . . . Chalfoun’s deft prose captures the glories of the New England oceanside, and her well-portrayed major characters change and grow throughout the narrative. The author draws on her own experiences for well-integrated details of the heroine’s half-Lebanese background . . . Happy endings all around fit well within this slightly old-fashioned tale, and Maria’s blossoming connections with a large local family and the island itself prove to be the true treasure of the title . . . [A] satisfying summer adventure.” —School Library Journal

“The plot builds smoothly and suspensefully as Maria puzzles over mysterious clues, and the happy . . . ending is warmly satisfying.” —Publishers Weekly

“A quiet book that affectionately portrays its locale and carefully constructs and uses its characters.” —The Bulletin

“I practically flew through this book, loving every minute . . . A well-written story with believable characters, The Treasure of Maria Mamoun will draw readers in and make them root for Maria.” —Barnes & Noble Kids Blog

Michelle Chalfoun is a pediatric nurse who lives with her husband and children on Long Island, New York. Her first book for young readers, The Treasure of Maria Mamoun, is the winner of the 2017 Arab American Book Award for Children/Young Adults.
Loading...
or
Not Currently Available for Direct Purchase