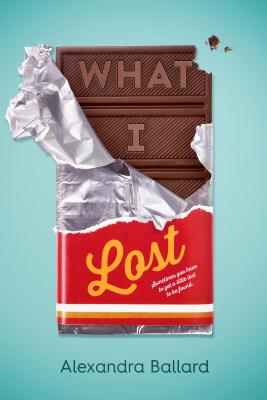 What sixteen-year-old Elizabeth has lost so far: forty pounds, four jean sizes, a boyfriend, and her peace of mind. As a result, she’s finally a size zero. She’s also the newest resident at Wallingfield, a treatment center for girls like her—girls with eating disorders. Elizabeth is determined to endure the program so she can go back home, where she plans to start restricting her food intake again.She’s pretty sure her mom, who has her own size-zero obsession, needs treatment as much as she does. Maybe even more. Then Elizabeth begins receiving mysterious packages. Are they from her ex-boyfriend, a secret admirer, or someone playing a cruel trick?

This eloquent debut novel rings with authenticity as it follows Elizabeth’s journey to taking an active role in her recovery, hoping to get back all that she lost.


Praise For What I Lost…

"Vivid descriptions of the panic and visceral disgust she experiences at the prospect of eating juxtapose well with the account of her progress as she begins to confront just how profound the effect her mother's disordered relationship with food and body image has had on her...Readers will root for the novel's likable main character and gain some understanding of the complexity of her illness at the same time." —Kirkus

"Through Elizabeth’s painful uphill battle, newcomer Ballard skillfully illustrates that although unhealthy eating habits may start as a choice, an eating disorder is a complicated illness that cannot be battled without support and vigilance." —Publishers Weekly

"This debut novel offers readers an authentic and in-depth look at eating disorders...Elizabeth is a sympathetic narrator, relatable even in the midst of her turmoil...The book doesn’t sugarcoat and portrays with steady clarity and empathy the characters’ struggles. VERDICT Filled with honesty, heart, and unexpected humor, this story is sure to please a multitude of readers." —School Library Journal

Alexandra Ballard has worked as a magazine editor, middle-school English teacher, freelance writer, and cake maker. She holds master's from both Columbia (journalism) and Fordham (education) and spent ten years in the classroom, beginning in the Bronx and ending up in the hills of Berkeley, California, with her husband and two daughters. What I Lost is Alexandra Ballard's debut novel.
Loading...
or
Not Currently Available for Direct Purchase