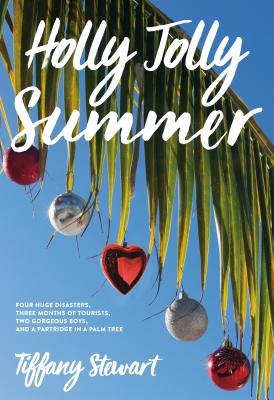 In this lighthearted beach read about family, friendship, and fa-la-la, it's up to lovestruck teen Darby to save the spirit of a Southern town called Christmas.

Christmas, Kentucky, is a summer tourist destination known for its holiday-themed shops, ornament-sprouting potted palms, giant Snow Globe display, and cheerful residents—including the mayor's daughter, fifteen-year-old Darby Peacher. But as Darby stumbles her way into a job at the town's run-down amusement park, Holly Jolly Land, her summer quickly goes from merry to miserable: the boy of Christmas present is absent, a boy of Christmas past is her supervisor, and the town seems to be losing its cheer as it strives to become more commercial. As she tries to sort out her love life, Darby grows positively Scroogey until she gets wrapped up in reinventing Holly Jolly Land—and the town—as the wonderlands they once were.

“It’s the setting that shines in this well-paced debut. Christmas, Kentucky, calls to mind Gilmore Girls’ Stars Hollow with its range of cantankerous to surprisingly handsome denizens . . . A sweet country-tinged romance for Christmas fanatics.” —Booklist

Tiffany Stewart has been writing stories about teenagers since she was in third grade and realized teenagers are the coolest people on the planet. Now, she has a son in elementary school who writes stories of his own and a daughter in college who is the coolest person on the planet. She is the author of Holly Jolly Summer and lives in Tennessee.
Loading...
or support indie stores by buying on