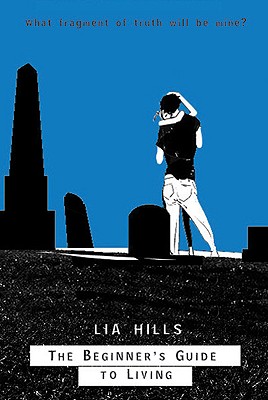 The Beginner's Guide to Living (Hardcover)

Seven days after his mother dies in a sudden, senseless accident, seventeen-year-old Will embarks on a search for meaning that leads him to the great philosophers Plato, Seneca, Kierkegaard, Nietzsche and to Taryn, the beautiful girl he meets at his mother's wake. Will is desperate to find, however he can, something authentic, something ultimate, something so true he would live or die for it. But is he willing to risk losing Taryn losing everything--to seek the answers he craves?

LIA HILLS is the author of the award-winning adult poetry collection, the possibility of flight, and the translator of Tom is Dead by Marie Darrieussecq. She lives in Melbourne, Australia. The Beginner's Guide to Living is her first novel.

Praise For The Beginner's Guide to Living…

“…Acutely insightful…the mosaic of imagery and musings in [Will’s] poetic, staccato narration offers thought-provoking ideas about grief and the universal drive to find a purpose. Although this novel begins with a death, it is a celebration of life, companionship, and love.” —Publishers Weekly, STARRED review

“Hills’s rich imagery and masterful storytelling come together to create a tale that is both poetic and compelling. . . A well-crafted story from a new voice.” —Kirkus Reviews, STARRED review

“Set in Melbourne, Australia, Hills’ debut explores grief, first love, and first sex with poetic frankness that although occasionally mannered is also refreshing, whether Will is feeling suffocated by well-meaning neighbors or awestruck and alive as he imagines a map of the universe in Taryn’s freckled face.” —Booklist