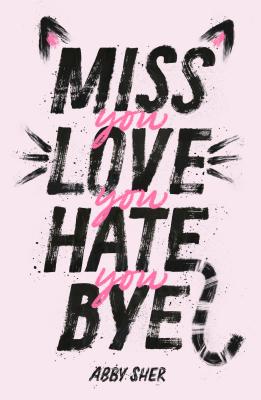 Miss You Love You Hate You Bye


Praise For Miss You Love You Hate You Bye…

"The novel—written in a snappy, accessible style that lightens the subject matter without trivializing it—focuses on Hank and the effect Zoe has on her." —Horn Book

Abby Sher is a writer and performer whose work has appeared in The New York Times, The New Yorker, The Washington Post, The Los Angeles Times, Self, Jane, Elle, and more. She is also the author of All the Ways the World Can End (Farrar Straus Giroux Books for Young Readers), Breaking Free: True Stories of Girls Who Escaped Modern Slavery, Amen, Amen, Amen: Memoir of a Girl Who Couldn't Stop Praying, and Kissing Snowflakes. One of her essays has recently been optioned by Amazon for a television series. Abby has written and performed for The Second City, Upright Citizen's Brigade, HBO and NPR. She is currently a co-producer of the Chucklepatch Comedy Show and she lives in New Jersey with her family.
Loading...
or support indie stores by buying on