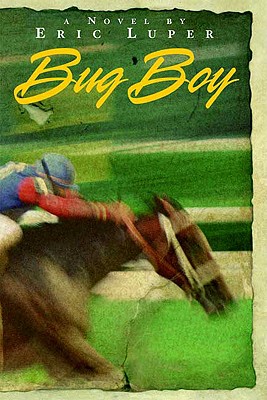 “Jack is an up-and-coming jockey at the Saratoga Racetrack who will have to find a way of dealing with the unsavory underbelly of the glamorous sport in order to make it big. This great book for reluctant teen readers, set in the 1930s, has a bit of everything: history, romance, conflict, and lots of action.”
— Kelley Drahushuk, The Spotty Dog, Hudson, NY
View the List

It is the summer of 1934, and even at the height of the Great Depression, money is no object for the socialites at posh Saratoga Race Course. The trouble is times are tough for everyone else, especially penniless track workers like fifteenyear- old Jack Walsh. When Jack suddenly graduates from exercise rider to apprentice jockey, or bug boy, he is an overnight sensation. Success brings him all sorts of attention, including that of a brainy blond beauty who is more involved with the gritty underbelly of the track than she lets on and a vicious thug who presses Jack to break his code as a jockey for a payoff that could solve all his family’s problems.

Set amid the rough backstretch of Thoroughbred racing, this edge-of-your-saddle read follows the course of a young athlete whose rise to glory in the most popular sport in America is accompanied by ever-increasing pressure to do something that could leave him trampled in the dirt.

“This well-written, engaging story effectively captures the desperate times of the Depression and the hard-edged world of horse racing.” —School Library Journal


“This is a book that's going to make teen boys fall in love with historical fiction without ever knowing what hit them.” —Goodreads.com


“Filled with riches and fraught with danger, Eric Luper's BUG  BOY is an exhilarating ride.” —RichiesPicks.com

“Set in 1934 in Saratoga Springs, New York, at the Saratoga Race Track, Luper’s novel is as fast-paced and exciting as the races themselves.” —ALAN Online