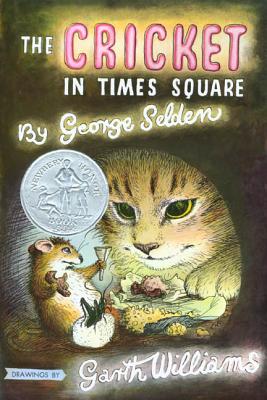 After Chester lands, in the Times Square subway station, he makes himself comfortable in a nearby newsstand. There, he has the good fortune to make three new friends: Mario, a little boy whose parents run the falling newsstand, Tucker, a fast-talking Broadway mouse, and Tucker's sidekick, Harry the Cat. The escapades of these four friends in bustling New York City makes for lively listening and humorous entertainment. And somehow, they manage to bring a taste of success to the nearly bankrupt newsstand.

“The story of a musical cricket and his friends, a mouse and a cat of real character, who took up their abode in a Times Square newsstand...Most appealing whimsy with beautiful illustrations by Garth Williams.” —Starred, School Library Journal