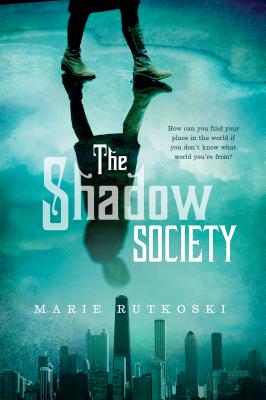 “Darcy Jones was abandoned at age five. She remembers nothing of her past, but as she works on a high school art project she begins drawing fantastical versions of Chicago's skyline that somehow seem familiar. Soon she's drawn into an alternate universe where humans and her kind -- Shades -- are at war, and she's in love with the enemy. I loved this high-octane read and recommend it to fans of The Hunger Games and I Am Number Four.”
— Jill Hendrix, Fiction Addiction, Greenville, SC
View the List

Darcy Jones doesn't remember anything before the day she was abandoned as a child outside a Chicago firehouse. She has never really belonged anywhere but she couldn't have guessed that she comes from an alternate world where the Great Chicago Fire didn't happen and deadly creatures called Shades terrorize the human population.

Memories begin to haunt Darcy when a new boy arrives at her high school, and he makes her feel both desire and desired in a way she hadn't thought possible. But Conn's interest in her is confusing. It doesn't line up with the way he first looked at her.

As if she were his enemy.

When Conn betrays Darcy, she realizes that she can't rely on anything not herself, not the laws of nature, and certainly not him. Darcy decides to infiltrate the Shadow Society and uncover the Shades' latest terrorist plot. What she finds out will change her world forever . . .

In this smart, compulsively readable novel, master storyteller Marie Rutkoski has crafted an utterly original world, characters you won't soon forget, and a tale full of intrigue and suspense.


Praise For The Shadow Society…

Praise for The Shadow Society “A sexy, mysterious, and above all, surprising romance between a wonderfully fierce heroine and the last person on earth she should ever love. I devoured this book in one day . . . desperate to finish it, but just as desperate for it never to end.”  —Robin Wasserman, author of The Book of Blood and Shadow "A gripping and intelligent thriller . . . Filled with literary and artistic allusions, the action-packed narrative poses thorny ethical questions as Darcy wrestles with bigotry, identity, belonging, and love." --Starred review, Publishers Weekly "The author builds an engaging world, similar to the real Chicago but different enough to tantalize and keep interest high. Entertaining and provocative." —Kirkus Reviews "Containing a fantastic plot, realistic characters and two vivid but fundamentally different worlds, Rutkoski’s novel is ultimately about family — what it is and who defines it. You’ll stay up late reading, and you can’t skip to the end to know what happens: There is too much you would miss." --RT Book Reviews “Just when they thought there was nothing original left in the paranormal romance genre, readers meet Darcy Jones. The fantasy is neatly tied up with the science fiction and an impossible romance, making this an excellent choice for readers of multiple genres.” – School Library Journal "An interesting premise." -- VOYA "Fans of supernatural romances will be pleased to find one that is both appropriately steamy and well written. " -- BCCB

Marie Rutkoski is the author of "The Kronos Chronicles," including "The Cabinet of Wonders," "The Celestial Globe," and "The Jewel of the Kalderash." She is a professor at Brooklyn College, where she teaches Renaissance Drama, children's literature, and creative writing. She lives in New York City.
Loading...
or
Not Currently Available for Direct Purchase