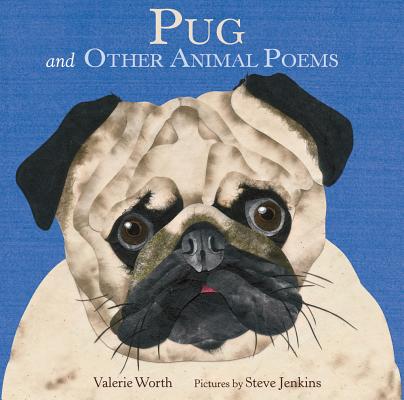 And Other Animal Poems

In the follow-up to the well-received Animal Poems, Pug: And Other Animal Poems examines a wide range of animal behavior, from the fleetingness of a fly sipping spilled milk to the constant steely presence of a powerful bull; the greedy meal of a street rat to a cat's quiet gift of a dead mouse on the doorstep. Steve Jenkins's bright collage art brings these small moments to life.


Praise For Pug: And Other Animal Poems…

“The sonorousness of the poems make them terrific readalouds, their compactness and engaging subject will appeal to reluctant readers, and their craftsmanship will draw established poetry fans.” —BCCB, starred review

“Worth's poems remain a marvel and a joy.” —The Horn Book

STEVE JENKINS has written and illustrated many picture books, including Actual Size and the Caldecott Honor Book What Do You Do with a Tail Like This? He lives in Boulder, Colorado.
Loading...
or
Not Currently Available for Direct Purchase