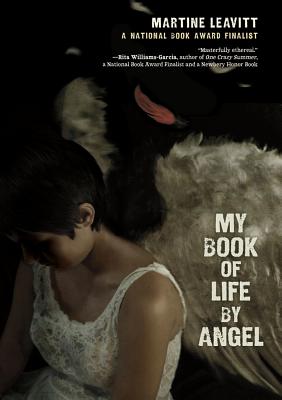 My Book of Life by Angel

When sixteen-year-old Angel meets Call at the mall, he buys her meals and says he loves her, and he gives her some candy that makes her feel like she can fly. Pretty soon she's addicted to his candy, and she moves in with him. As a favor, he asks her to hook up with a couple of friends of his, and then a couple more. Now Angel is stuck working the streets at Hastings and Main, a notorious spot in Vancouver, Canada, where the girls turn tricks until they disappear without a trace, and the authorities don't care. But after her friend Serena disappears, and when Call brings home a girl who is even younger and more vulnerable than her to learn the trade, Angel knows that she and the new girl have got to find a way out.


Praise For My Book of Life by Angel…

“This is a powerful book that will leave readers wishing they could hear more of Angel's gripping story.” —School Library Journal, starred

“...Angel's story is uniquely her own, and Leavitt has done a brilliant job of imagining and recording it.” —Booklist, starred

“Astonishing! Dark matter shot through with light. This is Leavitt at her brilliant best.” —Tim Wynne-Jones, author of Blink & Caution, a Boston Globe-Horn Book Award book

“My Book of Life by Angel is exquisite--a story that sees into and under and above all manner of things. Martine Leavitt's angry-making, beautiful, and profoundly compassionate story is a wonder that embraces both human and divine. What a glorious book!” —Caroyln Coman, author of Many Stones, a Printz Honor Award and National Book Award finalist book

“The title is perfect, the voice authentic, the depth of research must have been excruciating. Once we begin this compelling, essential story, we find we must read to the end. The compassion and sensitivity of the telling make it possible to do so.” —Helen Frost, Printz Honor award-winning author of Hidden

“Without a doubt this book will go a long way in building awareness in all those who read it.” —Wayne Leng, creator of www.missingpeople.net

Martine Leavitt has written several award-winning novels for young adults, including Keturah and Lord Death, a finalist for the National Book Award, and Heck Superhero, a finalist for the Governor General’s Award. She lives in Alberta, Canada
Loading...
or
Not Currently Available for Direct Purchase