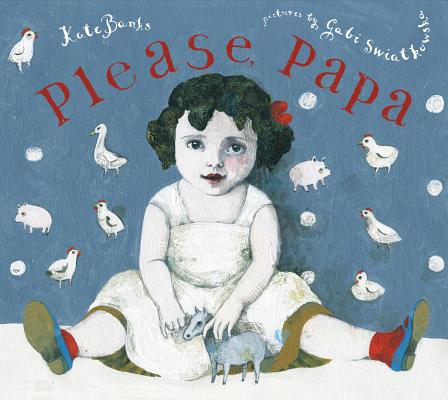 Alice was making a farm in the middle of her bedroom. She asked Mama for a pig and chickens for her farm, but when Mama didn't have a horse, Alice turned to her papa.

"Okay," said Papa, who, since Alice asked so nicely, put her on his back and trotted around like a horse himself.

A playful story where, with the use of a single polite word, lines between the real and the imaginary become blurred as toy animals come to life.

A companion to Thank You, Mama, Kate Banks and Gabi Swiatkowska's Please, Papa is perfect for a quick and playful lesson in manners.