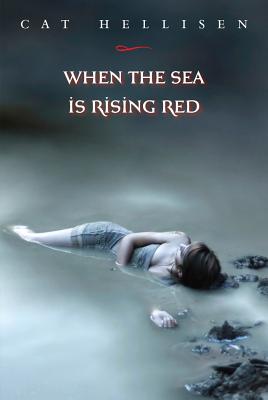 When the Sea Is Rising Red

After seventeen-year-old Felicita's dearest friend Ilven kills herself to escape an arranged marriage, Felicita chooses freedom over privilege. She fakes her own death and leaves her sheltered life as one of Pelimburg's magical elite behind. Living in the slums, scrubbing dishes for a living, she falls for charismatic Dash while also becoming fascinated with vampire Jannik. Then something shocking washes up on the beach: Ilven's death has called out of the sea a dangerous wild magic. Felicita must decide whether her loyalties lie with the family she abandoned . . . or with those who would twist this dark power to destroy Pelimburg's caste system, and the whole city along with it.


Praise For When the Sea Is Rising Red…

“…an intense look at the seeds of rebellion and the individual consequences they sometimes reap…”--BCCB, Starred

Cat Hellisen lives in Capetown, South Africa, near the sea, and drinks a lot of tea. She tends not to start revolutions. When the Sea is Rising Red is her first novel.
Loading...
or
Not Currently Available for Direct Purchase