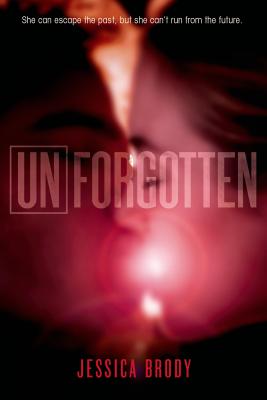 Some memories are better left forgotten

After a daring escape from the Diotech scientists who created her, Seraphina and Zen believe they are finally safe from the horrors of her past. But new threats await them at every turn as Zen falls prey to a mysterious illness and Sera's extraordinary abilities make it more and more difficult to stay hidden. Meanwhile, Diotech has developed a dangerous new weapon designed to apprehend Sera. A weapon that even Sera will be powerless to stop. Her only hope of saving Zen's life and defeating the company that made her is a secret buried deep within her mind. A secret that Diotech will kill to protect. And it won't stay forgotten for long.
Packed with mystery, suspense, and romance, Unforgotten is the riveting second installment of Jessica Brody's Unremembered trilogy, and delivers more heart-pounding action as loyalties are tested, love becomes a weapon, and no one's memories are safe.


Praise For Unforgotten (The Unremembered Trilogy #2)…

“Teens are sure to enjoy this romantic sci-fi adventure full of drama and plot twists.” —School Library Journal

“Brimming with mystery and suspense, star-crossed love and mad scientists. I felt like a detective putting together the pieces of Seraphina's forgotten past right along with her, and the masterful way the puzzle was finally revealed left me speechless.” —Marissa Meyer, New York Times-bestselling author of the Lunar Chronicles on Unremembered

“[Teens] will have a hard time putting this book down.” —School Library Journal on Unremembered

“Fast-paced and sure to satisfy romance-oriented readers.” —Kirkus Reviews on Unremembered