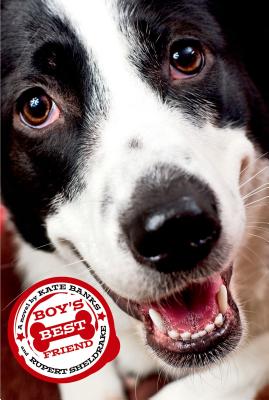 Eleven-year-old George has a dog, Bart, who seems to know everything about him-from when he is feeling sad to when he will arrive home from school. George's new neighbor and classmate, Lester, also has a dog, Bill Gates, and Lester thinks he is the smartest animal in the world. When their teacher assigns a school science project about animal behavior, George and Lester decide to conduct an experiment based on the world-famous Rupert Sheldrake's experiments about dogs. George even has an email exchange with Dr. Sheldrake to help him with the project-and he and Lester soon find out that, through a few simple experiments, kids can make scientific discoveries, too. This middle-grade boys and dogs story is inspired by Rupert Sheldrake's bestselling adult book, Dogs that Know When Their Owners Are Coming Home.

Dr. Rupert Sheldrake is a biologist and the author of ten previous books. He studied at Harvard and Cambridge Universities and works on projects funded by many institutions around the world. He lives in London with his wife.
or
Not Currently Available for Direct Purchase