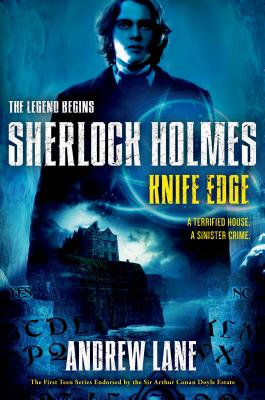 Teen Sherlock battles a monstrous adversary on a mission to Ireland with his brilliant brother, Mycroft. Young Sherlock is thrown into a tangled web involving a spiritualist whose powers have attracted the attention of governments around the world. At the castle where the medium is demonstrating his "gift," Sherlock finds a household in turmoil. Servants and some of the guests are frightened but who--or what?--has terrified them so much that nobody will speak out? Young Sherlock must bring all his powers of deduction to bear in unraveling his greatest mystery yet.

Andrew Lane is the author of the Young Sherlock Holmes series of young adult novels, starting with Death Cloud. He has also written numerous spin-off novels based on the BBC sci-fi television series Doctor Who, as well as definitive guides to Babylon 5 and the Wallace and Gromit films, and is the author of The Bond Files: An Unofficial Guide to the World's Greatest Secret Agent. He lives in Dorset, England.
Loading...
or support indie stores by buying on