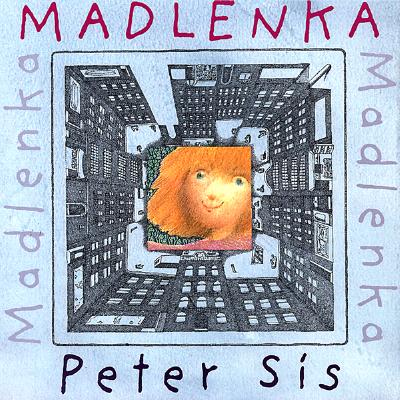 Peeking out through a die-cut window on the jacket, Madlenka invites the reader to enter her world. And what a world it is On the surface, it looks like an ordinary city block, but as we meet Madlenka's neighbors -- the French baker, the Indian news vendor, the Italian ice-cream man, the Latin American grocer, a retired opera singer from Germany, an African American school friend, and the Asian shopkeeper -- and look through die-cut windows to the images and memories they have carried from old country to new, we can see that Madlenka's block is as richly varied as its inhabitants. And why is Madlenka going around the block, jumping for joy? Her tooth is loose, and she wants everyone to know

"Madlenka" is a 2000 New York Times Book Review Notable Children's Book of the Year. This title has Common Core connections.

"'In the universe, on a planet, one a continent, in a country, in a city, on a block, in a house, in a window, in the rain, a little girl named Madlenka finds out her tooth wiggles. She has to tell everyone' . . . visually stunning spreads rendered in Sis' signatures drawings of detailed fantasy." -Boxed, Booklist

Peter Sis was born in Brno, Czechoslovakia, and studied painting and filmmaking at the Academy of Applied Arts in Prague and at the Royal College of Art in London. His many books include two Caldecott Honor winners: "Starry Messenger: Galileo Galilei "and" Tibet Through the Red Box." He lives in New York City with his wife and two children.
Loading...
or
Not Currently Available for Direct Purchase