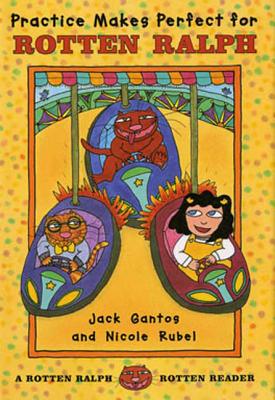 When the carnival comes to town, the world's favorite fractious feline discovers the hilariously wrong way to victory before he gets it right.

"Illustrated with Rubel's deadpan pictures, this is a prize for newly independent readers, for whom ‘practice makes perfect' indeed." —The Horn Book Guide

"Ralph has his own special niche in the world of children's literature, and now on the easy-reader shelves, too." —Kirkus Reviews*