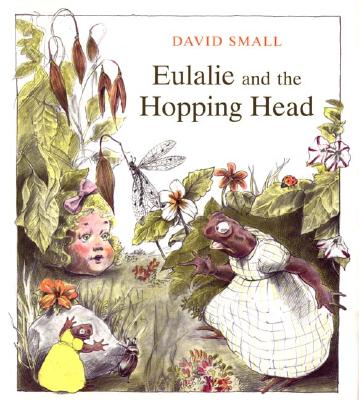 Eulalie and the Hopping Head

A reissue, in a larger format, of the first picture book by Caldecott Medal-winning illustrator David Smalls.


Praise For Eulalie and the Hopping Head…

"Mother Lumps (a toad) takes her todldler Eulalie for a stroll and they meet lofty Mrs. Shinn (a fox), who says her nine children are perfect, a model for Eulalie (who sometimes misbehaves). Mrs. Shinn suggests that Mrs. Lumps takes home an abandoned child, lying in the grass, whose exemplary conduct can teach the toad girl lessons in decorum. The lost one in a doll, as readers will recognize . . . when its head keeps coming off and rolling about." --Publishers Weekly

David Small also received the Caldecott Honor for The Gardener, by Sarah Stewart. He lives in Menon, Michigan.
Loading...
or
Not Currently Available for Direct Purchase