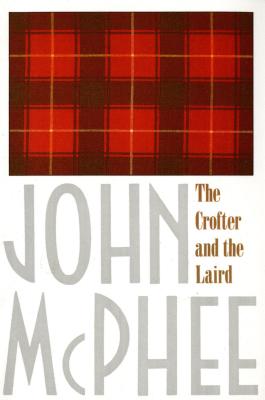 The Crofter and the Laird

When John McPhee returned to the island of his ancestors—Colonsay, twenty-five miles west of the Scottish mainland—a hundred and thirty-eight people were living there. About eighty of these, crofters and farmers, had familial histories of unbroken residence on the island for two or three hundred years; the rest, including the English laird who owned Colonsay, were "incomers." Donald McNeill, the crofter of the title, was working out his existence in this last domain of the feudal system; the laird, the fourth Baron Strathcona, lived in Bath, appeared on Colonsay mainly in the summer, and accepted with nonchalance the fact that he was the least popular man on the island he owned. While comparing crofter and laird, McPhee gives readers a deep and rich portrait of the terrain, the history, the legends, and the people of this fragment of the Hebrides.


Praise For The Crofter and the Laird…

“McPhee brings to his book about the island of Colonsay in the Scottish Hebrides a visual precision and a grace of language that are quite rare.” —Harper's

James Graves illustrated The Pine Barrens from Farrar, Straus and Giroux.
Loading...
or support indie stores by buying on