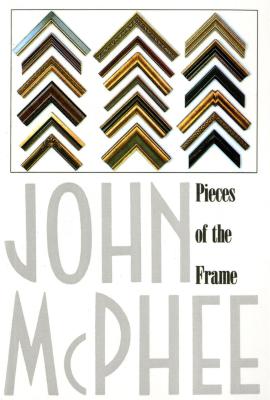 Pieces of the Frame

Pieces of the Frame is a gathering of memorable writings by one of the greatest journalists and storytellers of our time. They take the reader from the backwoods roads of Georgia, to the high altitude of Ruidoso Downs in New Mexico; from the social decay of Atlantic City, to Scotland, where a pilgrimage for art's sake leads to a surprising encounter with history on a hilltop with a view of a fifth of the entire country. McPhee's writing is more than informative; these are stories, artful and full of character, that make compelling reading. They play with and against one another, so that Pieces of the Frame is distinguished as much by its unity as by its variety. Subjects familiar to McPhee's readers—sports, Scotland, conservation—are treated here with intimacy and a sense of the writer at work.


Praise For Pieces of the Frame…