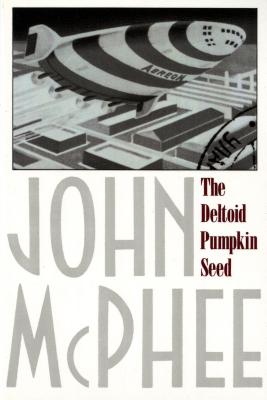 This is the fascinating story of the dream of a completely new aircraft, a hybrid of the plane and the rigid airship - huge, wingless, moving slowly through the lower sky. John McPhee chronicles the perhaps unfathomable perseverance of the aircraft's sucessive progenitors.


Praise For The Deltoid Pumpkin Seed…

“It's a book Leonardo da Vinci would have warmed to, a set of experiments he's have changed.” —Paul West, The Washington Post

“What gives [McPhee's] writing its powerful fascination is the strange, raw quality of fact: it all really happened, just the way . . . McPhee watches so intently that the Aereon and its people become real and important to the reader.” —John Skow, Los Angeles Times

“McPhee has a genius for writing about unusual people whose activities border on the eccentric, and the Aereon project abounded with them. His engrossing account can be read at a sitting.” —Donald R. Morris, The Houston Post