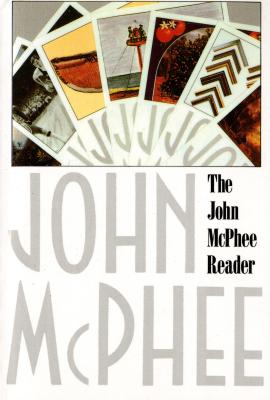 The John McPhee Reader, first published in 1976, is comprised of selections from the author's first twelve books. In 1965, John McPhee published his first book, A Sense of Where You Are; a decade later, he had published eleven others. His fertility, his precision and grace as a stylist, his wit and uncanny brilliance in choosing subject matter, his crack storytelling skills have made him into one of our best writers: a journalist whom L.E. Sissman ranked with Liebling and Mencken, who Geoffrey Wolff said "is bringing his work to levels that have no measurable limit," who has been called "a master craftsman" so many times that it is pointless to number them.


Praise For The John McPhee Reader…

“For those who are familiar with his work in its original form, this collection reaffirms just how good McPhee is at what he does. For those who aren't, it provides a solid introduction to his versatility . . . We become privy to the widening dimensions of his reportial domain--a landscape fertile and diverse enough to accommodate hybrid flying machines as gracefully as it does oranges, one that can appreciate the skills of a gragline operator as much as those of a theoretical physicist. Plant something in this landscape and it will most assuredly thrive.” —J. N. Silverman, The Washington Star

“What makes a piece of John McPhee's reportage so reliably superior? . . . Most obviously, he finds interesting things to write about . . . Then there us his facility for dreaming up odd and out-of-the-way approaches to his subjects . . . Add to this his knack for illustrating with amusing anecdotes . . . And there you have an approximate John McPhee recipe, lacking only the dramatic confrontations, the interesting characters, and the unusual vantage points, which I neglected to mention.” —Christopher Lehmann, The New York Times

William L. Howarth contributed to The John McPhee Reader from Farrar, Straus and Giroux.
Loading...
or support indie stores by buying on
(This book is on backorder)