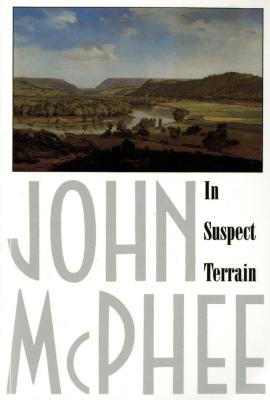 In Suspect Terrain (Annals of the Former World #2)

From the outwash plains of Brooklyn to Indiana's drifted diamonds and gold In Suspect Terrain is a narrative of the earth, told in four sections of equal length, each in a different way reflecting the three others—a biography; a set piece about a fragment of Appalachian landscape in illuminating counterpoint to the human history there; a modern collision of ideas about the origins of the mountain range; and, in contrast, a century-old collision of ideas about the existence of the Ice Age. The central figure is Anita Harris, an internationally celebrated geologist who went into her profession to get out of a Brooklyn ghetto. The unifying theme is plate tectonics—here concentrating on the acceptance that all aspects of the theory do not universally enjoy. As such, In Suspect Terrain is a report from the rough spots at the front edge of a science.


Praise For In Suspect Terrain (Annals of the Former World #2)…

“This is a book you cannot put down...It provides a great deal of information about the way many geologists think about science...and about the necessity for continual questioning and revising of new and old ideas. This is the best way science can remain healthy and continue to grow.” —Robert D. Hatcher, Jr., Natural History

“John McPhee does what no other writer has done ... He makes the earth move.” —R. Z. Sheppard, Time