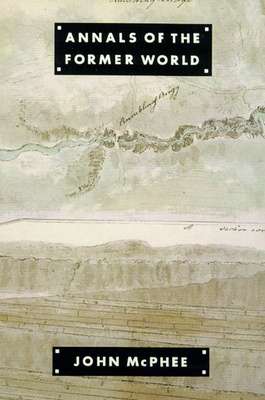 Annals of the Former World

The Pulitzer Prize-winning view of the continent, across the fortieth parallel and down through 4.6 billion years

Twenty years ago, when John McPhee began his journeys back and forth across the United States, he planned to describe a cross section of North America at about the fortieth parallel and, in the process, come to an understanding not only of the science but of the style of the geologists he traveled with. The structure of the book never changed, but its breadth caused him to complete it in stages, under the overall title Annals of the Former World.

Like the terrain it covers, Annals of the Former World tells a multilayered tale, and the reader may choose one of many paths through it. As clearly and succinctly written as it is profoundly informed, this is our finest popular survey of geology and a masterpiece of modern nonfiction.

Annals of the Former World is the winner of the 1999 Pulitzer Prize for Nonfiction.


Praise For Annals of the Former World…

“Tripling as a geology primer, an autobiography and a panorama of the nation, bejeweled with splendid vignettes and set-pieces, "Annals of the Former World" offers a view of America like no other. It is the outpouring of a master stylist. Yield to its geopoetry and have your eyes opened to a barely known aspect of the continent.” —Roy Porter, Los Angeles Times

“John McPhee has produced, over nearly a quarter of a century, a deep philology of the continent. Annals of the Former World is surely a classic. If I didn't know better, I'd say it was timeless.” —A.O. Scott, Village Voice

“[McPhee] triumphs by succinct prose, by his uncanny ability to capture the essence of a complex issue, or an arcane trade secret, in a well-turned phrase.” —Stephen Jay Gould, The New York Review of Books

“No other work explains so well -- and so vividly -- to the layman the living principles of geology. . . More than anyone else, McPhee has turned the world on to rocks.” —Henry Kisor, Chicago Sun Times

“Sunlit, brilliant. . . this book of wonders . . . ranks with the Journals of Lewis and Clark.” —John Skow, Time Magazine

“This major book incorporates some of the author's best work on geology into a comprehensive tour de force. Those familiar with McPhee's writing on the subject of geology will know that his narrative includes not only scientific theory but also portraitures of his geologic guides . . . McPhee's many fans won't be disappointed with the high-quality descriptive portraits of geologists, their work and theories. Since the writing follows McPhee's previous works and not any set geography or geologic logic, the author has provided what he calls a 'Narrative Table of Contents,' which not only describes each section in turn but the theories discussed in it. In this near flawless compilation of ambitious and expansive scope, McPhee's personalized style remains consistent and triumphant.” —Publishers Weekly (starred review)

“No one else can take topics as diverse and seemingly dry and make of them such diverting, entertaining, and educational literature . . . This is the book on geology.” —Library Journal (starred review)