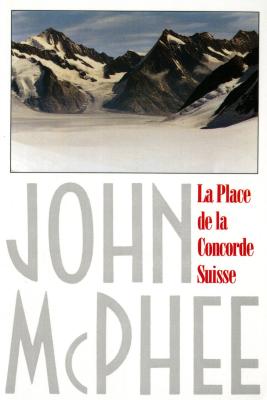 La Place de la Concorde Suisse is John McPhee's rich, journalistic study of the Swiss Army's role in Swiss society. The Swiss Army is so quietly efficient at the art of war that the Israelis carefully patterned their own military on the Swiss model.

“McPhee, in showing us as many aspects of the Swiss Army as their famous knife has blades, has produced one of his books.” —Edmund Fuller, The Wall Street Journal

“The Swiss have avoided fighting a war for almost 500 years. To preserve that enviable record of peace, they maintain one of the world's largest armies, on a per capita basis. This paradox . . . is the core of McPhee's engaging La Place de la Concorde Suisse.” —Jack Schnedler, Chicago SunTimes

“Delightful . . . What McPhee saw and learned he writes about with his inimitable light touch.” —Christopher Lehmann-Haupt, The New York Times

“'Switzerland does not have an army,' says one of John McPhee's informants in La Place de la Concorde Suisse. 'Switzerland is an army' . . . McPhee put his reader inside Switzerland with elegance and insight.” —Jonathan Steinberg, The New York Times Book Review