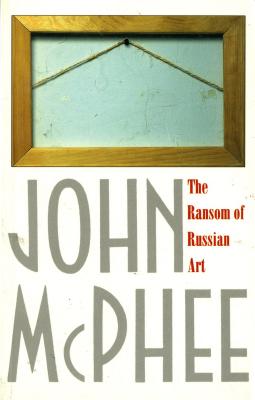 The Ransom of Russian Art

In the 1960s and 1970s, an American professor of Soviet economics forayed on his own in the Soviet Union, bought the work of underground "unofficial" artists, and brought it out himself or arranged to have it illegally shipped to the United States. Norton Dodge visited the apartments of unofficial artists in at least a dozen geographically scattered cities. By 1977, he had a thousand works of art. His ultimate window of interest involved the years from 1956 to 1986, and through his established contacts he eventually acquired another eight thousand works—by far the largest collection of its kind.

John McPhee investigates Dodge's clandestine activities in the service of dissident Soviet art, his motives for his work, and the fates of several of the artists whose lives he touched. The Ransom of Russian Art is a suspenseful, chilling, and fascinating report on a covert operation like no other. It offers unprecedented insight into Soviet culture at the brink of the Union's collapse.


Praise For The Ransom of Russian Art…

“An excellent survey of the artistic worlds of Moscow, Leningrad, and other Soviet cities during the neo-Stalinist deep freeze.” —David Remnick, The New York Review of Books