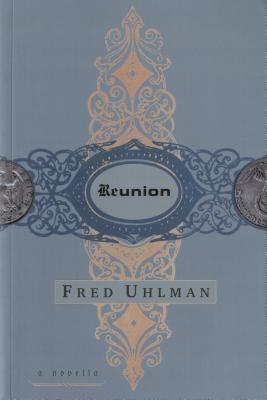 A daring novella about the loss of innocence in pre-war Germany.

Reunion is the story of intense and innocent devotion between two young men growing up in "the soft, serene, bluish hills of Swabia," and the sinister (but all too mundane) forces that end both their friendship and their childhood.

The year is 1932. Hans Schwartz is Jewish, the son of a Stuttgart doctor who asserts that the rise of the Nazis is "a temporary illness, something like measles which will pass off as soon as the economic situation improves." The Holocaust would be unthinkable for these characters, but of course it looms over the story: Hans's friend, the young Count Konradin von Hohenfels, has a mother who keeps a portrait of Hitler on her dresser. The two boys share their most private thoughts and trips to the countryside of southwest Germany, discuss poetry and the past and present of their country, and argue the existence of a benevolent God.

The eventual disintegration of this cherished relationship foreshadows the fate of Europe's Jews-- but Uhlman doesn't end his story with neat polarities. Years later, exiled in America, Hans comes upon a revelation about von Hohenfels which provides a stunning denouement and leaves the reader recalling Uhlman's haunting, lyrical descriptions of the vineyards, opera houses, and dark forests of Württemberg.

"Hundreds of bulky tomes have now been written about the age when corpses were melted into soap to keep the master race clean; yet I sincerely believe that this slim volume will find its lasting place on the shelves."--Arthur Koestler, from the Introduction


Praise For Reunion: A Novella…

Fred Uhlman was born in Stuttgart in 1901 and, as an anti-Nazi lawyer, was forced to leave in 1933 for England, where he became a well-known painter.