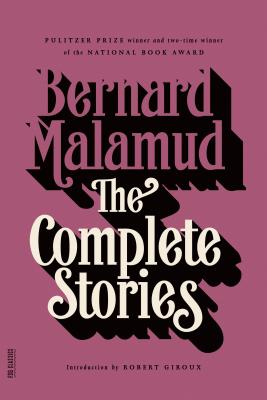 With an Introduction by Robert Giroux, The Complete Stories of Bernard Malamud is "an essential American book," Richard Stern declared in the Chicago Tribune when the collection was published in hardcover. His praise was echoed by other reviewers and by readers, who embraced the book as they might a displaced person in one of Malamud's stories, now returned to us, complete and fulfilled and recognized at last. The volume gathers together fifty-five stories, from "Armistice" (1940) to "Alma Redeemed" (1984), and including the immortal stories from The Magic Barrel and the vivid depictions of the unforgettable Fidelman. It is a varied and generous collection of great examples of the modern short story, which Malamud perfected, and an ideal introduction to the work of this great American writer.

“One of the best american short-story writers of this century.” —Jay Cantor, the New York Times

Robert Giroux is the editor of two collections of Elizabeth Bishop's writing, both published by Farrar, Straus and Giroux: The Collected Prose and One Art: Letters.
Loading...
or support indie stores by buying on