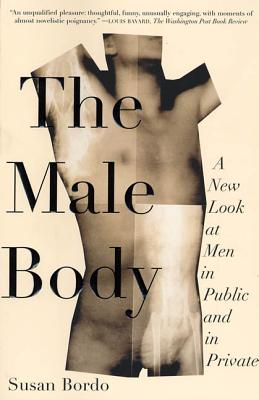 A New Look at Men in Public and in Private

An exciting new popular study of the male body--fresh, honest, and full of revelations

In this surprising, candid cultural analysis, Susan Bordo begins with a frank, tender look at her own father's body and goes on to perceptively scrutinize the presentation of maleness in everyday life.

Men's (and women's) ideas about men's bodies are heavily influenced by society's expectations, and Bordo helps us understand where those ideas come from. In chapters on the penis (in all its incarnations), fifties Hollywood, male beauty standards, and sexual harassment, and in discussions of topics ranging from Marlon Brando and Boogie Nights to Philip Roth and Lady Chatterley's Lover, Bordo offers fresh and unexpected insights. Always--whether she is examining Michael Jordan or Humbert Humbert, the butch phallus or her own grade-school experiences--she rejects rigid categories in favor of an honest, nuanced version of men as flesh-and-blood human beings.


Praise For The Male Body: A New Look at Men in Public and in Private…

“Bordo's discussion of the differences between men and women in general is one of the best I have read anywhere . . . I am grateful for this book. Bordo's talent for reading culture presents us with the most valuable gift: a newly configured imagination.” —Susan Griffin, The Los Angeles Times Book Review

“Remarkable, and not just because it is by a female scholar who has been through the gender wars. It is very tough. It is also very tender . . . Provocative, unexpected and winning.” —Richard Eder, The New York Times

Susan Bordo is Professor Emerita at the University of Kentucky, USA, where she held the Otis A. Singletary Chair in Humanities. She has published many influential books, on subjects that range from femininity, masculinity, and the body (Unbearable Weight: Feminism, Western Culture and the Body and The Male Body: A New Look at Men in Public and in Private) to Anne Boleyn (The Creation of Anne Boleyn) and, most recently, The Destruction of Hillary Clinton, a play-by-play account of the gendered double-standards and stereotypes, political forces and media culture that contributed to Clinton's loss in the 2016 election (2017) and Imagine Bernie Sanders as a Woman and Other Writing on Politics and the Media 2016-2019 (2020.) Her widely cited books and articles are considered paradigms of accessible, interdisciplinary scholarship.
Loading...
or support indie stores by buying on