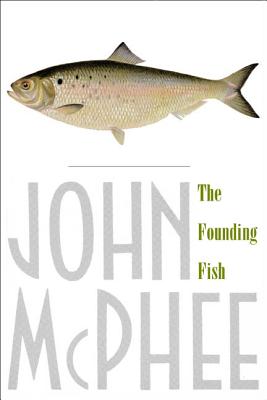 John McPhee's twenty-sixth book is a braid of personal history, natural history, and American history, in descending order of volume. Each spring, American shad-Alosa sapidissima-leave the ocean in hundreds of thousands and run heroic distances upriver to spawn.

McPhee--a shad fisherman himself--recounts the shad's cameo role in the lives of George Washington and Henry David Thoreau. He fishes with and visits the laboratories of famous ichthyologists; he takes instruction in the making of shad darts from a master of the art; and he cooks shad in a variety of ways, delectably explained at the end of the book. Mostly, though, he goes fishing for shad in various North American rivers, and he "fishes the same way he writes books, avidly and intensely. He wants to know everything about the fish he's after--its history, its habits, its place in the cosmos" (Bill Pride, The Denver Post). His adventures in pursuit of shad occasion the kind of writing--expert and ardent--at which he has no equal.


Praise For The Founding Fish…

“The Founding Fish is . . . far more than a fishing book. It is a mini-encyclopedia, a highly informative and entertaining amalgam of natural and personal history, a work in a class by itself.” —Robert H. Boyle, The New York Times Book Review

“A blue-chip tour of the American shad.” —Kirkus Reviews

“Under McPhee's close eye, everything about this fish is fascinating.” —William Moody, The Christian Science Monitor

“A fishing classic” —The Economist