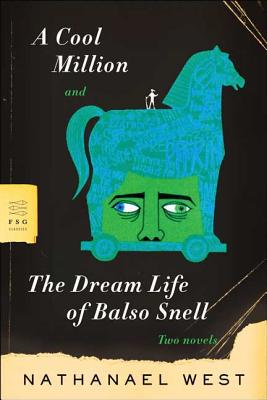 A Cool Million and The Dream Life of Balso Snell

Nathanael West was only thirty-seven when he died in 1940, but his depictions of the sometimes comic, sometimes horrifying aspects of the American scene rival those of William Faulkner and Flannery O'Connor. A Cool Million, written in 1934, is a satiric Horatio Alger story set in the midst of the Depression. The Dream Life of Balso Snell (1931) was described by one critic as "a fantasy about some rather scatological adventures of the hero in the innards of the Trojan horse."


Praise For A Cool Million and The Dream Life of Balso Snell: Two Novels (FSG Classics)…

"West's wonderfully imaginative and slightly disturbing books are still in print – even available in eBook editions – and hopefully a new generation of readers will be persuaded to try the novels." - Telegraph (UK)

Nathanael West (1903-40) was also the author of The Day of the Locust.
Loading...
or
Not Currently Available for Direct Purchase