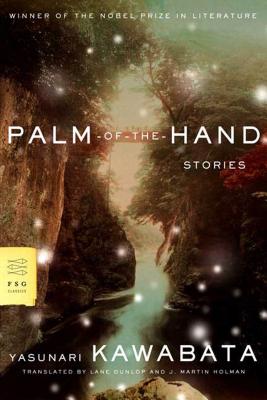 Recipient of the Nobel Prize in Literature in 1968, the novelist Yasunari Kawabata felt the essence of his art was to be found not in his longer works but in a series of short stories—which he called "Palm-of-the-Hand Stories"—written over the span of his career. In them we find loneliness, love, and the passage of time, demonstrating the range and complexity of a true master of short fiction.

"These 60 stories by 1968 Nobel laureate Kawabata are engagingly and sensitively translated. ...Kawabata is a master storyteller reminiscent of James Joyce, but with a smaller, sharper, more incisive vision. Highly recommended." - Library Journal

Yasunari Kawabata was born in Osaka, Japan, in 1899 and before World War II had established himself as his country's leading novelist. Among his major works are Snow Country, A Thousand Cranes, and The Master of Go. Awarded the Nobel Prize in Literature in 1968, he died in 1972.
Loading...
or support indie stores by buying on