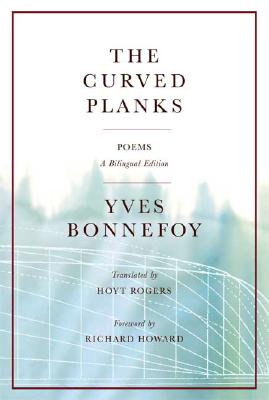 For decades readers and critics have acclaimed Yves Bonnefoy as France's greatest living poet. His most recent book of verse, The Curved Planks, crowns an oeuvre that has won him the highest international honors. More than any other single work, this sequence embodies the astonishing variety of Bonnefoy's art. A rich fabric of themes, styles, and genres, it balances aesthetic complexity with heartfelt directness.

This bilingual edition of The Curved Planks sets the French texts alongside English versions by the noted translator Hoyt Rogers, who has collaborated closely with Bonnefoy in crafting poems that re-create the freshness and vision of the originals. This volume also includes a preface by the renowned poet and critic Richard Howard and essays by the translator that situate The Curved Planks in the author's body of work. All assist in introducing the English-language reader to Bonnefoy's profound poetic gift.


Praise For The Curved Planks: Poems…

“Yves Bonnefoy is one of the rare poets in the history of literature to have sustained the highest level of artistic excellence throughout an entire lifetime--more than half a century now, and still counting. These recent poems, superbly translated by Hoyt Rogers, attest to his enduring greatness.” —Paul Auster

“I have been deeply impressed, reading Hoyt Rogers' translations of Yves Bonnefoy's Les Planches Courbes. They are much more than English versions of these strong and delicate originals--they are recreations that become distinct poems in English, a true and loving homage to their source.” —Alastair Reid

Yves Bonnefoy has published numerous studies of literature and art, as well as an extensive dictionary of mythology. His work has been translated into many languages, and he is a celebrated translator of Shakespeare and Yeats. He lives in Paris.

Richard Howard teaches in the School of the Arts at Columbia University, USA. He has also translated works by Barthes, Foucault and Todorov.