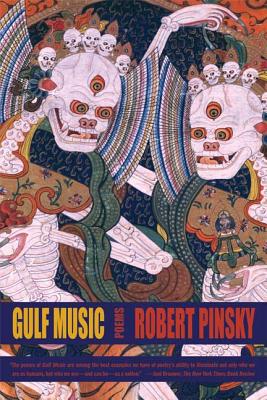 Henry formed a group named Professor Longhair and his
Shuffling Hungarians. After so much renunciation

And invention, is this the image of the promised end?
All music haunted by all the music of the dead forever.

An improvised, even desperate music, yearning toward knowledge across a gulf, informs Robert Pinsky's first book of poetry since Jersey Rain (2000).

On the large scale of war or the personal scale of family history, in the movements of people and cultures across oceans or between eras, these poems discover connections between things seemingly disparate.

Gulf Music is perhaps the most ambitious, politically impassioned, and inventive book by this major American poet.

A former Poet Laureate of the United States, Robert Pinsky was born and raised in Long Branch, New Jersey. In addition to his books of poetry and The Inferno of Dante, he has written prose works, including The Life of David and The Sounds of Poetry.
Loading...
or support indie stores by buying on