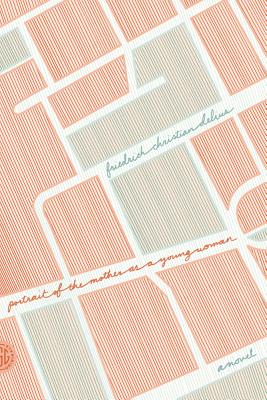 Portrait of the Mother as a Young Woman

In Rome one January afternoon in 1943, a young German woman is on her way to listen to a Bach concert at the Lutheran church. The war is for her little more than a daydream, until she realizes that her husband might never return. Portrait of the Mother as a Young Woman, winner of the prestigious Georg Büchner prize, is a mesmerizing psychological portrait of the human need to safeguard innocence and integrity at any cost—even at the risk of excluding reality. More than just the story of this single woman, it is a compelling and credible description of a typical young German woman during the Nazi era.


Praise For Portrait of the Mother as a Young Woman: A Novel…

“A revelation of humanism and hope almost musical in its intensity.” —Nicholas Lezard, The Guardian

“Bulloch's excellent translation keeps the supple and rhythmic flow of Delius's language. This is a small masterpiece.” —The Times Literary Supplement

“For, ultimately, it is what we know about the tragedy of World War II, and what Margherita does not, or will not . . . that gives this miniature its power. ” —Time Out London

“Delius understands the forces that shape Germany and has the gift to articulate joy, beauty and love.” —The Independent

Friedrich Christian Delius, one of the most critically acclaimed contemporary German writers, was born in 1943 and lives in Berlin and Rome. He has published fifteen novels and five poetry collections, and has recently written the libretto for Prospero by Luca Lombardi. His books include Portrait of the Mother as a Young Woman. He has won most of Germany's prestigious literary awards--including the Joseph Breitbach Prize, the Georg Büchner Prize, and the Critics Prize--and his books have been translated into seventeen languages.
Loading...
or support indie stores by buying on