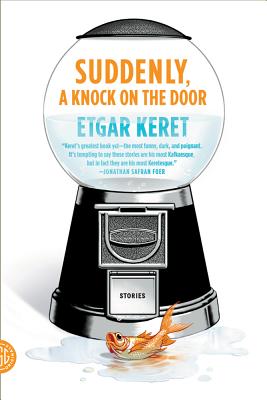 Suddenly, a Knock on the Door


Praise For Suddenly, a Knock on the Door: Stories…

Etgar Keret was born in Tel Aviv in 1967. His stories have been featured on This American Life and Selected Shorts. As screenwriters/ directors, he and his wife, Shira Geffen, won the 2007 Palme d’Or for Best Debut Feature (Jellyfish) at the Cannes Film Festival. His books include The Nimrod Flipout and Suddenly, a Knock on the Door.
Loading...
or
Not Currently Available for Direct Purchase