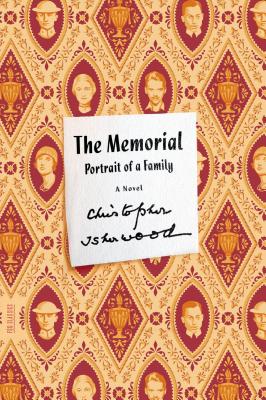 Portrait of a Family (FSG Classics)

Set in the aftermath of World War I, Christopher Isherwood's The Memorial is the witty, almost forensic portrayal of the dissolution of a tradition-bound English family. On the cusp of adulthood, the Cambridge student Eric Vernon finds himself torn between his desire to emulate his heroic father, who led a life of quiet sacrifice before dying in the war, and his envy of his father's roguish friend who survived the war and afterward threw himself into gay life.

Published in 1932, when Isherwood was twenty-eight years old, The Memorial is the novel in which a dazzlingly talented young writer found his literary voice, the book in which Isherwood became Isherwood.


Praise For The Memorial: Portrait of a Family (FSG Classics)…

“Dazzling . . . Pre-eminent for its wit, humour, charm of style and narrative skill.” —John Lehmann, The Guardian

Christopher Isherwood (1904-1986) was born outside of Manchester, England. His life in Berlin from 1929 to 1933 inspired The Berlin Stories, which were adapted into a play, a film, and the musical Cabaret. Isherwood immigrated to the United States in 1939. A major figure in twentieth-century fiction and the gay rights movement, he wrote more than twenty books, including the novel A Single Man and his autobiography, Christopher and His Kind.
Loading...
or
Not Currently Available for Direct Purchase